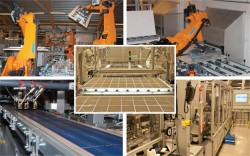 Mutual Benefits AB was contracted to exclusively market and sell SweModules solar panels in the Middle East and North Africa.

Use of solar energy is increasing among countries in the Middle East and in Africa. The interest is also among the countries that have access to oil and natural gas.

“We are very positive towards this cooperation with SweModule and hope to help these countries to implement financial as well as environmental savings,” says Niclas Jarhall, CEO of Mutual Benefits AB in Gothenburg.

Innotech Solar, the Norwegian company, along with Perfekta AB, in Jössefors, has formed Swemodule. SweModule is involved in several national and European development projects in solar PV with good results.

This entry was posted in Blog. Bookmark the permalink.